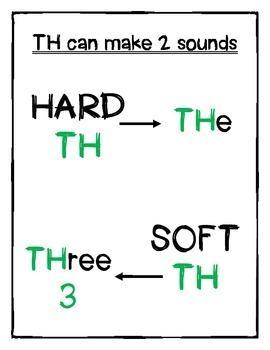 Ask your child to hold up a mirror in front of them and tell them to bite their tongue as they blow air onto the mirror.

Practice with simple syllables such as voiceless (soft) /th/ followed with vowel sounds. You can make a game with the child that if they are fogging up and spit splattering the mirror, it probably means they are saying the sound correctly!

Print or draw a large F and a large TH on two separate pieces of paper. As you say the /f/ and /th/ phonemes aloud, have the child slap the corresponding piece of paper in front of them. You could even bring two bells or something that makes noise and have them ring the bell to the corresponding sound.

If your child is having difficulty with /th/ and /f/ sounding numbers, use this same discrimination activity but with pictures of the numbers next to each other. (Numbers 3 and 4, or 13 and 14 for example).

Tell your child that when they wear the hat, they are in the “Think Tank!”

Tell your child that when they are in the “think tank” they need to find as many /th/ words as possible.

Mix up flashcards with /th/ words and other words mixed in.

Have the child sort through the words and find all the /th/ words. After you have the /th/ cards, have the child say each word using  the carrier phrase “I’m thinking of _____.”

If the card is “thorn,” the child would say “I’m thinking of a thorn!” Have them accentuate that voiceless (soft) /th/ for each word they say.

Stand in a circle (or if there are only two of you just stand across from each other).

One person throws the beanbag to another, saying “One Word Throw!” The person who catches the beanbag must use on voiceless (soft) /th/ word.

Then they say “One Word Throw!” and toss the beanbag back, and so on. You can extend the game by asking for 'Two Words Throw' or 'Three Words Throw'.

Have the flashcards or word list readily available so your child can think of the words quickly and you will get a lot of productions.

Unfortunately not the ones with chocolate chips.

Some cookies are necessary in order to make this website function correctly. These are set by default and whilst you can block or delete them by changing your browser settings, some functionality such as being able to log in to the website will not work if you do this. The necessary cookies set on this website are as follows:

Cookies that are not necessary to make the website work, but which enable additional functionality, can also be set. By default these cookies are disabled, but you can choose to enable them below: